A Critical Gap in Erie Canalway Trail is being completed.

The New York State Canal Corporation announced recently that work is in progress on a 6-mile segment of the Erie Canalway Trail from Stevens Street in the City of Lockport to the Buffalo Niagara Heritage Trail Museum in the Town of Amherst.

The project is being constructed in two phases: the first phase being completed in 2015 extends 4 miles from Stevens Street in the City of Lockport to Fisk Road in the Town of Pendleton. In Amherst approximately 1,500 feet of new trail and a pedestrian bridge crossing Tonawanda Creek are being constructed. A signed on-street link from Stevens Street to Erie Canal Locks 34 and 35 in Lockport is also being developed.

Work this year includes clearing, grading, drainage, a 10-foot wide asphalt trail, pedestrian bridge construction and landscaping. Parking with trail access is being constructed at State Street in Lockport. In addition, several informational kiosks is being installed along the trail. The $4.0 million project is being constructed by Keeler Construction, from Albion, New York. Phase one work is scheduled to be completed in November 2015.

Construction of the remaining two miles extending from Tonawanda Creek Road North to Fisk Road Pendleton will be done in the second phase in spring, 2016.

Thank you to Scott Walker from Urban Engineers of NY for providing the create trail construction photos. 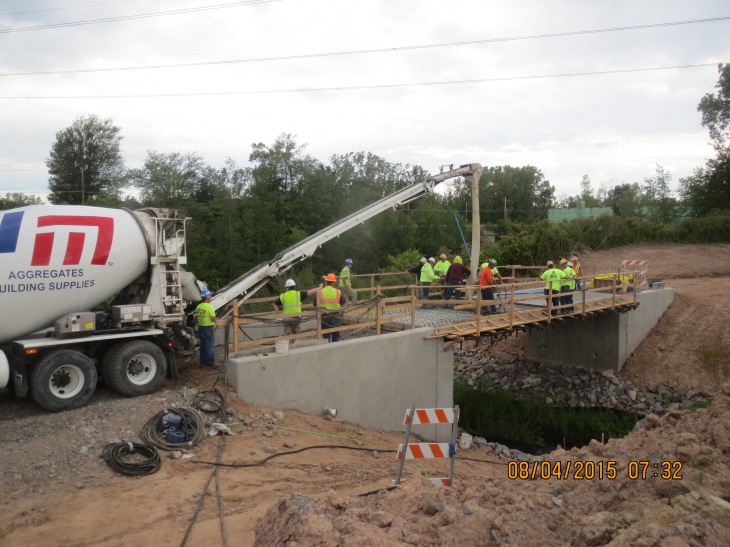 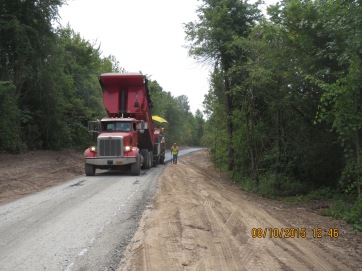